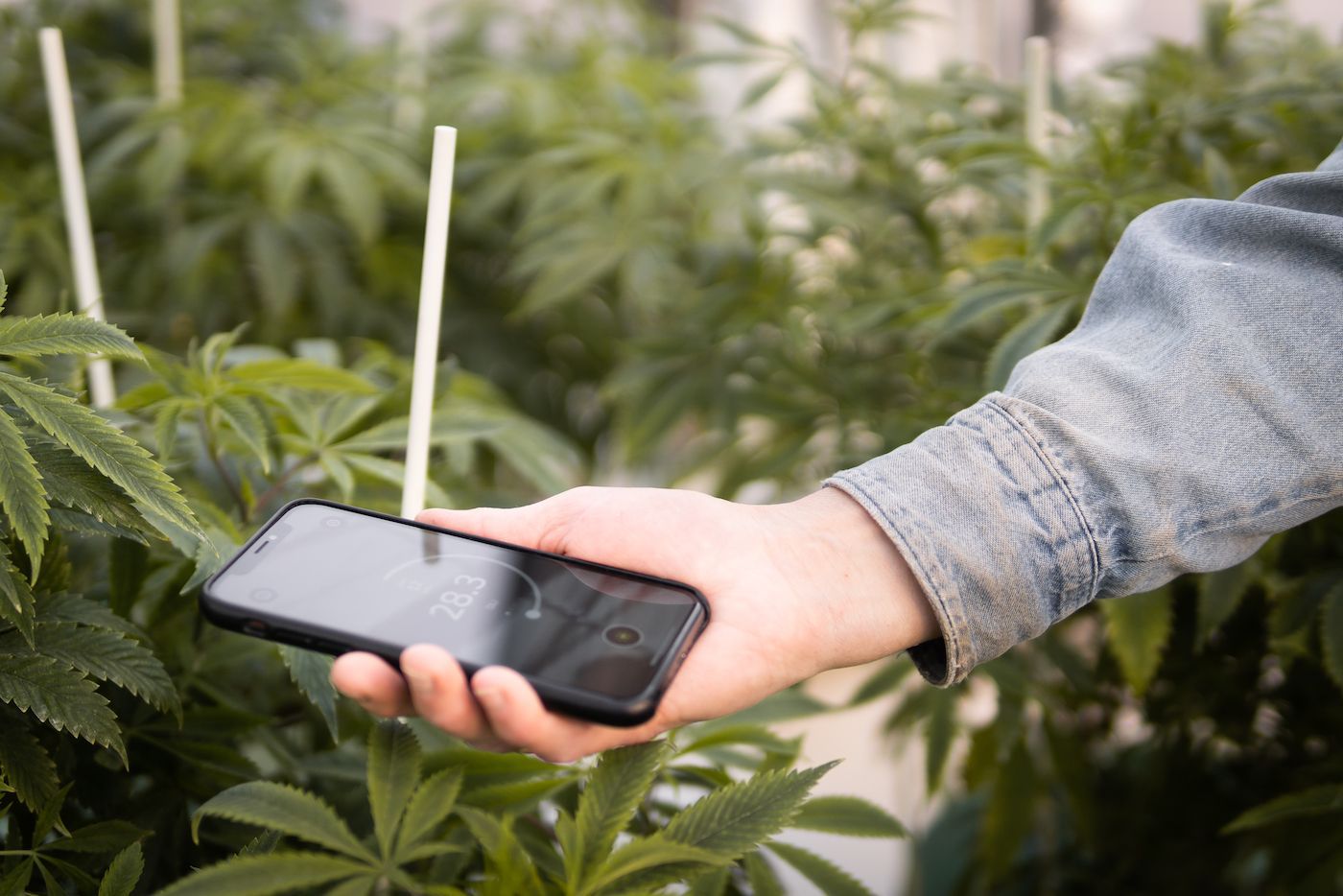 The Best Light Meter App For Plants in 2021

Light meter apps promise to offer much needed help to efficiently utilize plant grow lights at their best. We tested the most widely used light meter apps to come up with a clear recommendation for you.

Light is such an important factor for plant growth and wondering about your plant lighting can certainly keep you up at night. Luckily enough there is a simple solution that does not cost an arm and a leg: A grow light meter app. Read along to understand how to utilize the best plant light meter app to your full advantage!

Why You Need a Light Meter

Apart from water, light is the most influential factor for plant growth and the one that is most commonly the cause for dying plants when used incorrectly.

💡
As our eyes aren’t able to gauge lighting conditions correctly, a light meter is used to actually measure the amount of light our plants receive. This lays the basis to optimize the lighting to achieve the biggest yields whilst also keeping your electricity bill at a minimum.

Fortunately enough, you can spare yourself the trial and error as plant lighting requirements are well understood by plant scientist across the world today. There are different measures of light such as Lux, Lumen, Foot-Candles, PPF, PPFD, and more. Illuminance is measured in Lux or foot-candles, which has been developed to accurately represent brightness as perceived by the human eye. As for plants, the important factor to measure is PPFD within the PAR spectrum. The PAR spectrum contains the light that is actually used for plant photosynthesis. If you want a deeper explanation of Illuminance and PAR, we recommend our article on exactly that.

A Word of Caution

A plant’s lighting is such an important and decisive factor between a plant that thrives and a plant that dies off. Some plants are more fragile than others, however, whenever artificial lighting is involved, using the grow light not as optimally not only hurts your plants but your wallet as well. Gauging the light correctly is crucial and an inaccurate light meter can be extremely dangerous. So keep this in mind when tinkering with light meters for your plant lighting.

There are cheap (and dangerously inaccurate) physical lux meters available starting at around $15. However, as you know, measuring illuminance (Lux/fc) is not what we need to take care of our plants.

💡
Using a lux meter is therefore a practice to avoid, as it can result in completely wrong results when it comes to plants.

Finding an accurate PAR light meter at a low price point is almost impossible. There are mainly a few widely used light meters such as the Hydrofarm and Apogee Quantum Sensors. The Hydrofarm device is relatively cheap at $200 but also not as accurate as other quantum sensors. Apogee devices on the other hand act as the de-facto industry standard and are priced at around $500 upwards.

If you run a commercial operation with big budgets, there is nothing wrong with owning a high-end physical PAR meter and we recommend doing so.

To gain you the peace of mind needed when it comes to choosing your light meter app, we've made the effort to compare them as described in the rest of this article.

A quick search on the App Store reveals many light meter apps. Most of them are targeted to be used in photography while some of them act as a simple illuminance meter. As we all know by now, we want to measure PAR / PPFD for our plants and there is only one app able to measure PAR / PPFD, so we’ve included the most popular illuminance light meter apps from the App Store into our comparison as well. All of the apps were tested on an iPhone 11 running iOS 14 and in the version shown in the screenshots below.

The Lux Light Meter Pro app developed by Marina Polyanskaya seems to be widely used and ranks first in the App Store search. Using it has a learning curve attached, but once you get the hang of it, you can operate the app somewhat reliably. However, the latest update happened more than three years which is never a good sign.

This app is built to identify plant lighting scenarios and is the only paid app in our comparison. It even includes a small library of houseplants to learn about their lighting requirements. The reading is available in lux and foot candle, which – as you know – is not really what plants need. It still is the closest thing to a light meter for plants apart from our own app –  if it wasn't terribly inaccurate as you can read later on.

We wanted to compare our own grow light meter app to those similar light meter apps as well. We are of course a bit biased, but want to make this comparison as fair as possible. In order to allow for comparison against simple illuminance (Lux/fc) meters, we put Korona (that is now named Photone) to the test as a simple lux meter, which is not even using it at its full capability as a PAR meter to measure PPFD. Our app offers a custom calibration feature to fine-tune the app for an inidividual phone if desired. In this test, we used the factory pre-calibration that you get right after downloading the app. No custom calibration was performed.

There are other light meter apps that claim to measure illuminance (Lux/fc) available in the App Store. We took a look at "Luminous Meter", "Lux Meter - light measurement tool", "Light Meter - measure luminosity", "Galactica Luxmeter", "Light Lux Meter", "Whitegoods Lightmeter", "Nurus Light Wellness", and "Light Meter +". However, none of these were even remotely usable as a light meter and we therefore didn't include them in this test. We don't recommend to use them.

As mentioned previously, there are some cheap and not that accurate physical light meters available on the market. One of the most common of them being the Uni-T UT383 mini light meter which measures illuminance in lux and foot candle for around $20. In order to have the comparison to a physical light meter that is within reach for most people, we included it into our test as well.

We wanted to perform a test that is both accurate and representative for the usage in growing plants. We therefore used one of the most common grow lights: A full spectrum LED Quantum Board that is used by many home- and professional growers alike. We put the light into a light proof box and hooked it up to a dimmable power supply that allows to run the light at different brightness levels.

The one thing that most users of light meter apps lack is an accurate reference meter. Fortunately enough, we are in the business of measuring light accurately and therefore own the reliable and expensive tools. The reference meter we used throughout this comparison is a JIS C 1609:1993 Class A certified lux meter made by PeakTech coming in at around $120. In order to measure PAR, we used our Apogee SQ-520 Full-Spectrum Smart Quantum Sensor costing around $500 as the reference.

We measured various light levels using all light meters as described. The results are very interesting with large deviations between the different light meter apps as can be seen in the data table below:

As a quick note on methodology, the Plant Light Meter app is the only one that is measuring reflected light instead of incident light and outputs the result as a range. We therefore took the average of this range as the one value for the comparison.

💡
Unfortunately, both the Lux Light Meter Pro and the Plant Light Meter are completely unusable as their results are way out of even the slightest ball park range.

The Korona (Photone) Grow Light Meter is extremely accurate when used correctly and provides results that are even closer to the reference than the Uni-T physical light meter.

The Uni-T UT383 light meter did not perform that bad either, showing an almost proportional error of measuring about 20% too much. Unfortunately, there is no way to know this without a reliable and accurate reference available.

As for the PAR / PPFD measurements, we again measured different light levels using the Apogee quantum PAR sensor and our app in its PAR meter configuration. The results can be seen in the table below:

The measurements provide us with absolute confidence that the Korona (now named Photone) Grow Light Meter is an excellent alternative to any hardware PAR meter in almost any case – especially at a $500 price difference!

We offer a grow light meter app that is both accurate and free. We knew that our app is the only one on the App Store that is measuring even close to accurate – yet still we were blown away by the inaccuracy of all the other apps.

We don't recommend to use any of the available light meter apps except ours for growing plants. If you are running a large scale commercial operation, getting a dedicated physical PAR meter such as an Apogee quantum PAR sensor is something we can recommend too. For quick and easy measurements we recommend Korona (now named Photone) for commercial usage as well – especially that it allows to equip the whole workforce without spending $500 each. 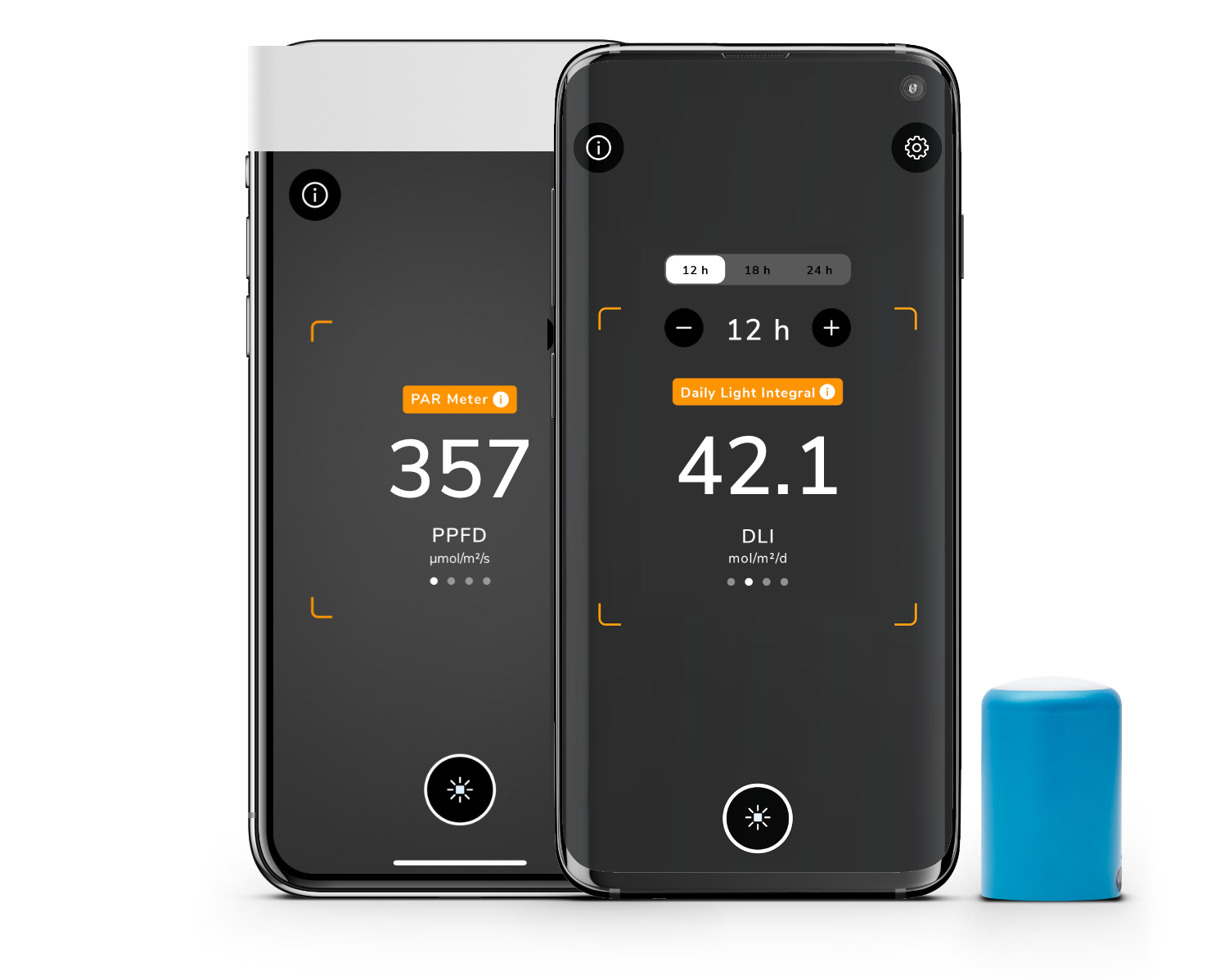 If you haven’t used our app yet, we definitely recommend giving it a try! Photone is free to download on iOS and Android and may even save you hundreds of dollars otherwise unnecessarily spent on physical meters.

We can fully and confidently recommend to use our grow light meter app for any light measurement desires. We even wrote a white paper covering the topic of how to achieve the highest accuracy as possible. Additionally, our support team is always happy to help to achieve the most accurate results possible and you can reach out to us any time. Thank you for reading!

We’ll keep you in the loop on our best advice and tests for horticulture, grow lighting, light measurement, and more. 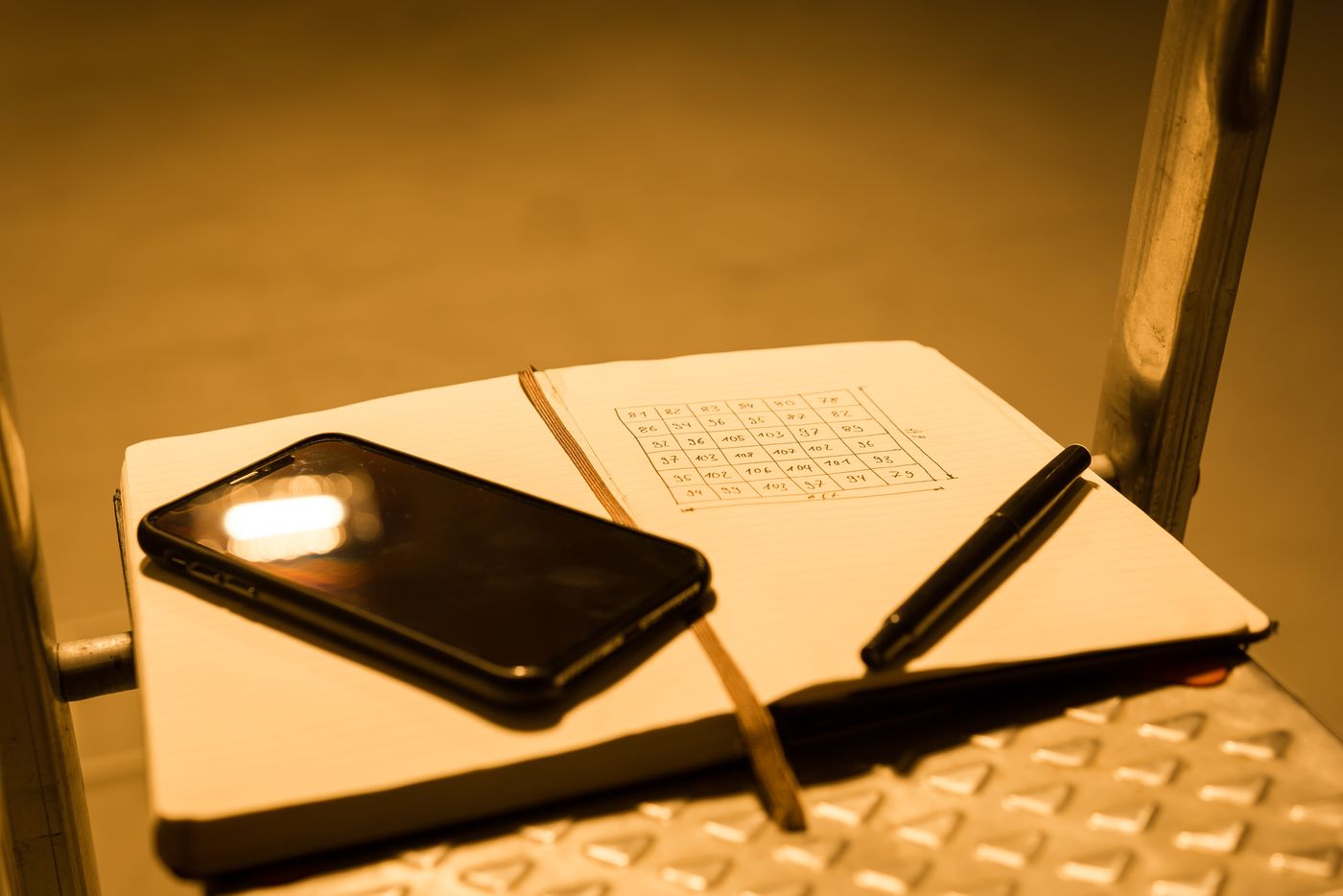 PPFD, PAR, Foot-candle or Lux: What Is the Difference? 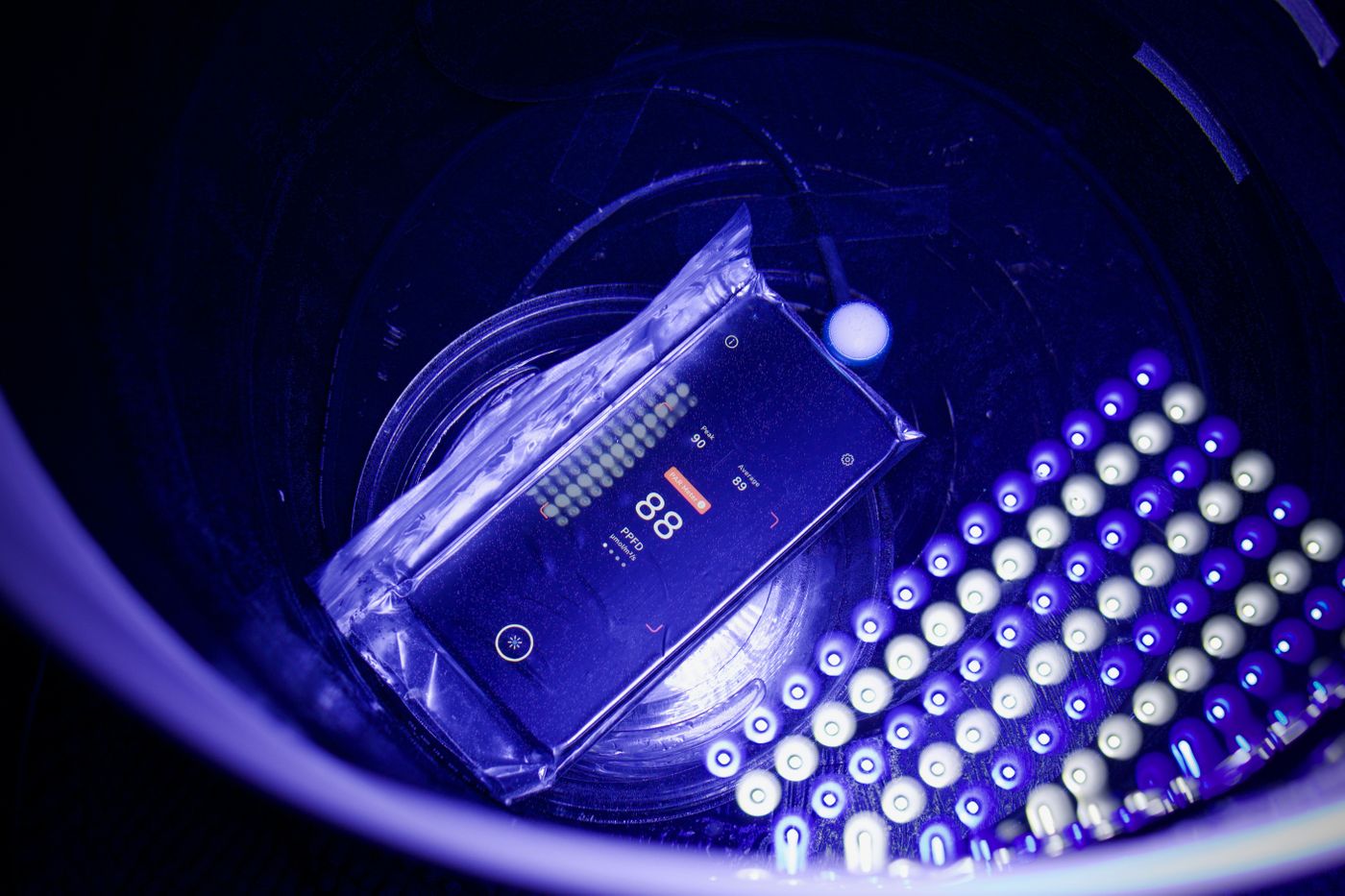 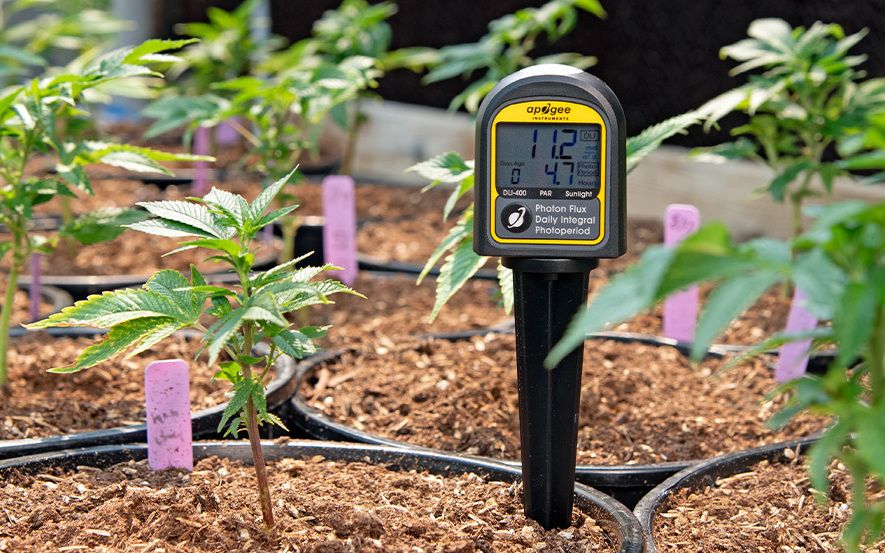